This page contains a few items from my undergrad time. They are kept here mostly for reference and as analytics shows that people still search for this stuff.

In the summer term 2006 I have participated in the seminar on Medical Image Processing. The paper by Shivprakash and Iyer deals with automatic detection of cracks in underground pipeline images. It is related to a paper by Zana and Klein on the detection of retinal blood vessels. My conclusion at the time was that the Shivprakash/Iyer paper is very close to the Zana/Klein one, possibly on the border of plagiarism. However, it contains more errors.

Buried infrastructures like sewers and water mains have to be checked for their current condition. Cracks are a strong indicator for the condition of a pipe. An affordable way to do detect those cracks is to take images from the pipeline by autonomous or remote-controlled robots and use image processing techniques to detect cracks in these images. The methods used in the paper to accomplish this task are mathematical morphology and curvature evaluation to segment images with respect to a precise geometric model to define crack-like patterns.

During the semester, I had implemented the approach and ran it on some example images (cf. screenshots of an original and the processed image in the developed application below). Without the full database the results could not be completely verified but seemed plausible. No other methods have been compared, as this would have been even further beyond the scope of the seminar. For the implementation I have used tools developed as part of my work for the AllemaniACs RoboCup team. The seminar was mentored by Benedikt Fischer. 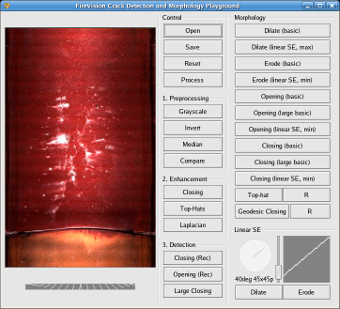 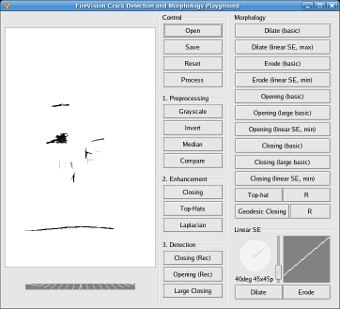 In winter term 2005 / 2006, I have participated in the seminar on Ubiquitous Computing.

My specific topic was zero configuration networking, that is how to network machines and connect applications without prior tedious configuration. It covered instant networking, e.g., IPv4 link-local addressing, ad-hoc name resolution using link-local multicast or multicast DNS, and DNS-based service discovery and the Service Location Protocol, (most of which were not standardized at the time). These technologies are virtually ubiquitous today and many recent devices come with these technologies built-in.

The seminar inspired much of the service discovery stack later developed for Fawkes based on mDNS-SD using Avahi. The discussion paper was later extended and published at a student conference of the German Society of Computer Science (Gesellschaft für Informatik). The seminar was advised by Karl-Heinz Krempels.

In summer term 2003, I have participated in the proseminar on Artificial Intelligence on the topic of Robotics. It was a summary of some of the basic robotics building blocks, in particular on robot self-localization and path planning. We also briefly presented our understanding of the soccer robot of the AllemaniACs RoboCup Team.

This was the first course to write a discussion paper requiring primary literature research. The discussion paper is joint work with Sumedha Widhyadharma. With this, I dipped my toe into the water of robotics for the first time. I looked into the Palm Pilot Robot Kit (though never actually buying one). Shortly thereafter, I joined the AllemaniACs and became a student researcher employed by the university. Initially, we participated in Middle-Size Soccer, later in RoboCup@Home (winning in 2006 and 2007), the two-legged Standard Platform League based on the Nao robot, and eventually in the RoboCup Logistics League.

From 2002 until about 2010 I have created several applications to provide timely information on the current canteen menu. It consisted of a backend to scrape the website of the student union (Studierendenwerk) and converting it to a few useful formats. Several frontends allowed convenient access. First, the data was compiled weekly into a database that could be synced to a PalmOS handheld and viewed using UniMensa. The data was also available as a WAP page. As a learning experiment, I also wrote a Java 2 Micro Edition front-end. It could download the weekly data for display (screenshots below).

The local ham radio group used this as a data source for a paging service for daily distribution. There were groups from other universities that adapted the backend to use the apps also for their canteen. With student unions providing mobile websites, this tool is no longer necessary. 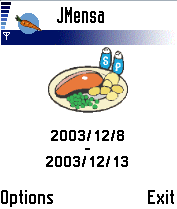 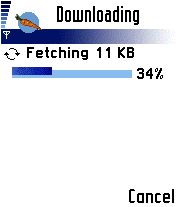 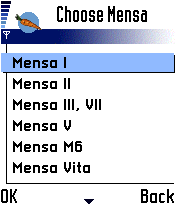 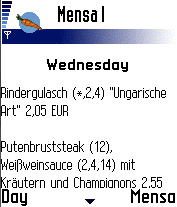 In 2003, I co-organized the Open Source Install Party (OSIP). It provided fellow students with the opportunity to learn about Open Source operating systems such as Linux or FreeBSD, and supported them during installation and for their first steps to setup their system.